Have you always wanted a security system in your home or office to keep out burglars? Are you on a tight budget and can’t afford the commercial offerings at $30+ each?

Don’t worry! With a bit of hardwork, you can build a similar yet more flexible system at a lower cost. Wondering how?

Allow me to introduce (or at least re-introduce) the ESP8266 Wi-Fi module. It’s a microcontroller that can accept inputs and process outputs. Plus, it’s capable of exchanging data over the internet in a compact package. We will be using the ESP8266 to process triggers from a motion sensor and give you live updates via your social media.

Why Wi-Fi? Good question. So you don’t need to spend on smart hubs with different protocols like Z-Wave, Insteon, ZigBee, etc. You can just utilize your existing Wi-Fi network.

If this sounds interesting to you, make sure to follow along with this tutorial.

For this build, we’ll need a few components that will cost a little under 5 bucks. Thanks to China, electronic modules are mass-produced today for dirt cheap. 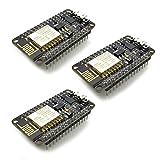 Make sure to choose the version with the CP2102 chip so you won’t be having problems getting a different voltage level for the motion sensor. 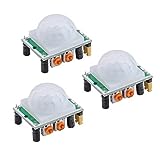 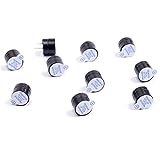 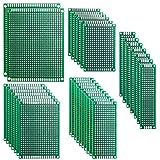 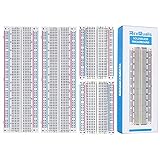 If soldering is not your strong suit. 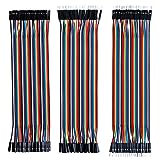 The operation of this system is very simple. For every movement that the motion sensor detects, we will sound the buzzer and send a notification to our Twitter account.

GETTING EVERYTHING TO WORK TOGETHER

1. You’ll first need to sign up for a ThingSpeak account. It’s an open-source IoT web server that allows you to fetch data from your device and display it on their dashboard. They also have APIs for linking your social media accounts, which is great for real-time alert notifications. Then create a channel that is dedicated only for this security system.

Go to Channels → My Channels → New Channel. After filling out the fields as shown below, leave everything else blank then hit Save Channel. After that, go to Apps → ThingTweet and then link your Twitter account for authorization. Just go through the process and copy the API key generated afterwards. We will be using that in Arduino code later. Lastly, we’ll have to create an auto reaction. Go to Apps → React → New React. You can alter the text but don’t remove the timestamp since Twitter doesn’t allow spam tweets. 2. Hook-up everything using wires first as shown in the table below. You may want to solder those down on a circuit board for a more permanent rig.

We will be using the Arduino IDE to program the ESP8266. And just to clarify, this is not a “how-to” tutorial on using the Arduino. If you think you’ll need help, learn how to add the supports for the ESP8266 and ThingSpeak (or go to Sketch → Include Library → Manage Libraries and then type ThingSpeak on the field and add it) on the Arduino environment. Download the code to your local folder.

Luckily, I have a board laying around that I could use for this project. For easy debugging, I’ve put an OLED to visually see if the sensor really detects movement. After waving my hand in front of the sensor, I instantly got notifications on my Twitter account and ThingSpeak dashboard. You could also download a report in a text file. Who knows, you might need it for evidence! You might not get video evidence of your co-worker raiding your treats, but at least these alerts will help you narrow in on the thief! For future upgrades,you could add a cheap webcam that would take pictures or even recorded video triggered by the motion sensor. Overall, it’s a fun and low-cost solution to your home security, and you can learn something about programming your own IoT too!

Interested in other affordable home security solutions? Check out this article of DIY home security tips that cost less than $20.