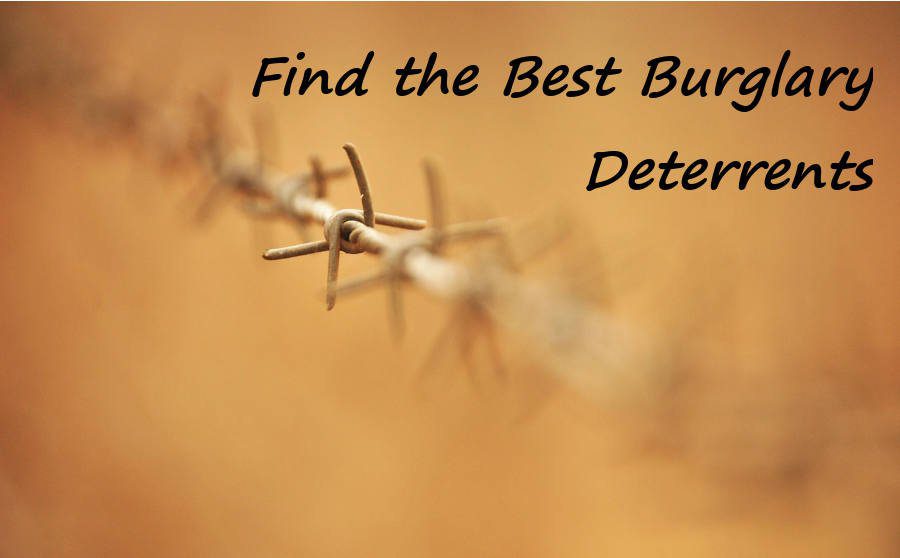 I was researching burglary statistics recently and came across an interesting research paper that provided some insight into the minds of burglars.  The focus of the paper was to delve into the decisions made by burglars leading up to and during a burglary.  The paper is “Understanding Decisions to Burglarize from the Offender’s Perspective” by Blevins, Kuhns, and Lee and was published by the University of North Carolina at Charlotte Department of Criminal Justice and Criminology.

I was particularly interested in what it had to say about the effectiveness of certain burglar deterrents that could change a criminal’s mind before they break into your home.

The study surveyed 422 randomly selected, incarcerated burglars across three status to gauge motivations and methods used in their previous crimes.  There are some very interesting facts to be taken from the motivation of burglars borne out in the survey responses, but we’re just going to uncover the best burglary deterrents for now.

A review of relevant research papers indicates that burglars assign a high importance to the visibility of the property, as it indicates how exposed to scrutiny they will be when breaking into the home.  That’s why you often see recommendations to remove large bushes and trees that provide places for criminals to hide out of site while they break into your house.

Additionally, single family detached homes are preferred because there is more spacing around the home and less chance of being seen or heard during the crime.

As far as deterrents that are considered before a crime is committed, the presence of alarm systems and cameras as well as people and dogs in the house were the best deterrents.

Here’s a list of factors that were addressed in the survey questions to convicted burglars.  Responding to a set of questions, the following are factors that would cause a criminal to bypass a particular target.  The colors indicate how effective the preventative measure is.

In a separate series of questions, the survey gauged which factors would be considered when selecting a target.  The percentage indicates that respondents considered them when choosing targets.

The Effectiveness of Alarm Systems

There were also some questions directed specifically at the effectiveness of alarm systems. All in all, most burglars considered them when choosing targets. A little under half said they would never continue a burglary after finding an alarm.

The Bottom Line of Burglary Deterrents

So there you have it.  The primary deterrents that you can control are your home looking and sounding like someone is home, the presence of camera and alarms systems, and, to a lesser extent, a dog inside the home.

There are a few cheap deterrents that you can infer are effective given the data:

And even though they will cost more, you’ll get the most benefit from:

Of course, your mileage may vary. It would be interesting to also analyze how the responses may differ since only convicted criminals participate in the survey. But, I won’t hold my breath for a comprehensive study of non-convicted burglars. Something tells me that participation rates would be pretty low.

On the other hand, there are clearly some useful conclusions that we can draw to improve our own homes (check out our DIY home security tips). That way, we reduce our change of being targets in the future.

If you found this article interesting, you can get future updates in your inbox using the form on the right or follow us on our social pages (at the very bottom of this page and right under the menu). We’ll let you know when we have new stuff for you to read or new tools.